A private donation from two developers may be able to save the Leslieville community pool where four-time Olympic medallist Penny Oleksiak once trained.

With only two days to go before the pool at S.H. Armstrong Community Centre was slated to close, the Daniels Corporation and the Sierra Building Group have offered up $30,000 and $15,000 respectively to keep it open.

Coun. Paula Fletcher said her municipal counterparts will need to approve the donations, and council also needs to kick in another $10,000, before kids could get back in the water in September.

“This was a case where the city council didn’t make a great decision and are now going to get a chance to reverse it,” the Toronto-Danforth councillor said.

When the pool’s future was threatened in February, the community rallied around it.

Ward 30 Toronto-Danforth Councillor Paula Fletcher (right) and Councillor Mary-Margaret McMahon (Ward 32, Beaches-East York) share a hug Sunday, Feb. 12 as they address a rally held at S.H. Armstrong Community Centre in support of the centre’s swimming pool, which is at risk of being closed down.

Angie Law’s son Keagan is a member of The Sharks, the pool’s swim team. Law is a vocal participant in a Save SH Armstrong Facebook group and said others can learn from what the pool’s community has been able to accomplish.

“Social media has been a huge tool for publicity,” said Law. “Those tools are available to community centres, they should be reaching out to the parents.”

Law said when the decision was first made to close the pool there had been no community consultation.

It may have seemed like no one was taking advantage of the programming but, according to Law, that was due to inconvenient class times. For example, a program offered to preschoolers was scheduled for 6 p.m.

“Do you know a single mother who would be willing to take their four-year-old out in winter in the evening?”

When the centre found out residents were willing to take classes on Sundays, the number of participants climbed. The rate of use at the pool has shot up since February and is now up to 89 per cent — 20 percentage points higher than when it was slated to close, Fletcher told CBC Toronto. 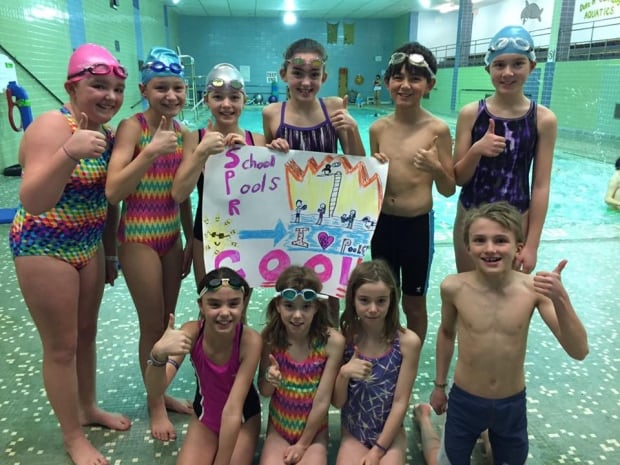 Locals have taken to social media to try to get publicity for its attempt to save S.H. Armstrong Community Centre. (Angie Law/Facebook)

Law admits that she enjoys the pool as much for herself as she does for her child. Sunday swim practice became a time for her to sit in the gallery and catch up with other parents.

“It’s a meeting place, that’s what a community centre should be,” said Law.

Fletcher said if the donation is approved the pool will reopen, one of 26 others run by the Toronto District School Board.

“Swimming means endurance and perseverance,” the councillor said. “This community has endured and persevered to get the pool back open, and I certainly hope city council will give it that chance.”